Founded in 1848, by an act of the Great and General Court of Massachusetts, the Boston Public Library (BPL) was the first large free municipal library in the United States. The Boston Public Library's first building of its own was a former schoolhouse located on Mason Street that was opened to the public on March 20, 1854. The Library's collections approximated 16,000 volumes, and it was obvious from the day the doors were first opened that the quarters were inadequate. In December of that same year the Library's Commissioners were authorized to locate a new building upon a lot on Boylston Street. The present Copley Square location has been home to the Library since 1895, when architect Charles Follen McKim completed his "palace for the people."

In the latter half of the 19th century, the Library worked vigorously to develop and expand its branch library system. Viewed as a means to extend its presence throughout the city, the branch system evolved from an idea in 1867 to a reality in 1870, when the first Branch Library in the United States was opened in East Boston. Between 1872 and 1900, twenty-one more Branches began serving communities throughout Boston's diverse neighborhoods. In 1972 the Library expanded its Copley Square location with the opening of an addition designed by Philip Johnson. Today, the McKim building houses the BPL's vast research collection and the Johnson building holds the circulating collection of the general library and serves as headquarters for the Boston Public Library's 24 branch libraries.
In addition to its 8.9 million books, the library boasts a wealth of rare books and manuscripts, maps, musical scores and prints. Among its large collections, the BPL holds several first edition folios by William Shakespeare, original music scores from Mozart to Prokofiev's "Peter and the Wolf;" and, in its rare book collection, the personal library of John Adams. Due to the extent of the collections, many items are displayed on a rotating basis. These unique Special Exhibits are shown in the Research Library and offer the public an opportunity to view books and documents which are usually available only to research scholars.

Over 3 million people visit the BPL each year, many in pursuit of research material, others looking for an afternoon's reading or the use of the computer or to attend a class, still others for the magnificent and unique art and architecture of many library locations.
more... 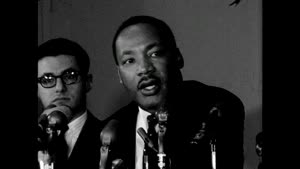