Detail from: Meeting of the monied Interest. Constitutional opposition to ye 10 pr cent - ie - John Bulls friends alarm'd by the new tax
View All Items
or
James Gillray (1756-1815), English caricaturist and printmaker, became one of the leading chroniclers of his country’s social habits and political struggles at the end of the 18th and the beginning of the 19th centuries.

Born in London, Gillray was apprenticed to an engraver for whom he engraved trade cards and buttons. However, he tired of that work and left his employer to join a troupe of traveling actors. Back in London by 1775, he established an association with the Humphrey family, printers and publishers who remained his friends and employers for the rest of his life.

Gillray’s return to London coincided with the growing popularity of caricature. As early as the 1730s, those on the Grand Tour returned to England with portrait caricatures created by such Italian artists as Pier Leone Ghezzi. By the 1770s, the passion for collecting caricatures had grown such that artists including Gillray, Henry William Bunbury, and Thomas Rowlandson were commissioned by printer/publishers to create caricatures in order to meet the demand.

In 1778, with the hope of increasing his reputation as an artist and especially as a portrait painter, Gillray enrolled as a student at the Royal Academy. During the early 1780s, he also tried his hand at book illustration. After 1785, he again committed himself fully to caricature and his studies allowed him to improve both his artistic and his technical skills. His keen observations and technical mastery continue to influence caricaturists to the present day.

Through purchase and gift, Boston Public Library has acquired a notable collection of Gillray’s work. Due to his great popularity, Gillray’s images continued to be published after his death. For those who wish to study the range of prints produced, the library’s collection provides examples of impressions from lifetime editions. The collection also includes examples of prints that are copies after Gillray published between 1818 and 1824 by John Miller and W. Blackwood and the two-volume set of images printed from the original plates that was published by Henry G. Bohn in 1852. 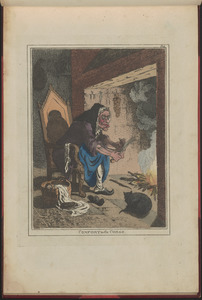 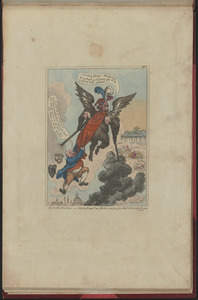 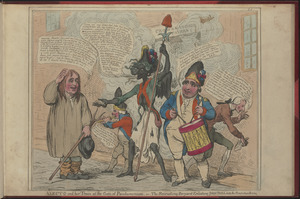