Detail from: Fenway urban renewal area, Massachusetts R-115
View All Items
or
This collection consists of maps from two collections held by the Boston Public Library. One collection is the former ​Boston Redevelopment Authority Library, which was acquired by the BPL in the early 1990s after the library closed. It includes maps published by the BRA, maps accompanying documents issued by the BRA, and maps in reports and proposals submitted to the BRA. The maps span the late 1920s to the early 1990s, with the bulk of the collection from the 1960s to 1980s.

The second collection consists of BRA maps and plans that have been acquired by the BPL over time. It includes drafts, manuscript plans, and preliminary maps intended for publication, as well as the same types of materials as in the BRA Library collection. The maps are almost entirely from the 1960s to 1990s, with a few earlier plans that were likely used for reference.

The Boston Redevelopment Authority was established in 1957 to oversee development that was previously led by the Boston Housing Authority. Its oversight eventually expanded to include development beyond public housing. The BRA's redevelopment stewardship included the jurisdiction to buy and sell property, acquire property through eminent domain, and grant tax concession to encourage commercial and residential development. The City Planning Board was merged with the BRA in 1960. In 2016, the BRA was renamed ​The Boston Planning and Development Agency. 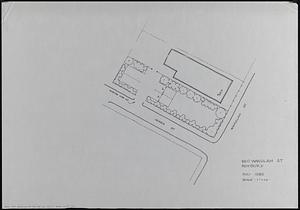