The Birds of America: From Original Drawings by John James Audubon

The Boston Public Library has in its possession two imperfect copies. The near-complete Appleton copy, which contains 433 of the 435 plates and the title pages for all four volumes, was formerly owned by Samuel Appleton, who purchased this copy through Dr. George Parkman of Boston. This set was donated to the Boston Public Library in 1855 by Thomas Gold Appleton. This set is missing plates 61 and 72.

The Little, Brown & Co. copy contains 102 individual plates plus the title page for the first volume. Present in this copy are the 100 plates in sets 1 through 20 (all of volume 1) and duplicates of plate 61 and 72. Several of the plates represent variant states from those in the Appleton copy. This copy was purchased from Little, Brown & Co., in Dec. 1875. 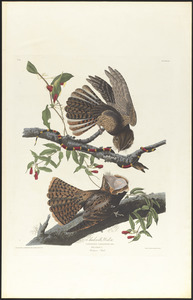 The Birds of America : From Original Drawings by John James Audubon -- Appleton copy 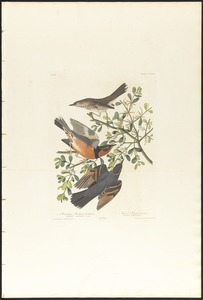 The Birds of America : from Original Drawings by John James Audubon -- Appleton copy 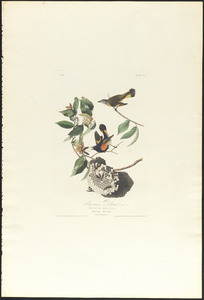