Detail from: The assaut, or fencing match
View All Items
or
Thomas Rowlandson (1756-1827) was an English painter, printmaker, draftsman, and illustrator.

Born in London, Rowlandson was a student at the Royal Academy and also made study trips to Paris. He established himself as a portrait painter while continuing his early interest in drawing caricatures as a means of supplementing his income. Following the path of a number of fellow artists, including James Gillray and Henry William Bunbury, Rowlandson eventually turned to caricature, which was becoming a popular art form for collectors, as his main means of earning a living. Employed by the publisher Rudolph Ackermann, he was prolific in his production of prints and watercolors that satirized all aspects of the customs and politics of English society during the last quarter of the 18th and the first quarter of the 19th centuries. He also produced illustrations for texts by many of the well-known authors of the period.

Albert H. Wiggin, who donated his private collection of prints and drawings to Boston Public Library in 1941, was an avid collector of Rowlandson's work. In addition to acquiring an extensive collection of prints and watercolors, Wiggin also collected books illustrated by Rowlandson. Among the library's holdings are three of Rowlandson's best known works that recount the adventures of Dr. Syntax, the hapless schoolmaster: The Tour of Doctor Syntax in Search of the Picturesque (1819), The Tour of Doctor Syntax in Search of Consolation (1820), and The Tour of Doctor Syntax in Search of a Wife (1820). Also included are The Cries of London (1798), The English Dance of Death (1815-1816), and The Dance of Life (1817). In 1947, Arthur Heintzelman, the library's first Keeper of Prints, published fifty-two of the Rowlandson watercolors from the Wiggin Collection under the title The Watercolor Drawings of Thomas Rowlandson From the Albert H. Wiggin Collection in the Boston Public Library (New York: Watson-Guptill Publications, Inc.). 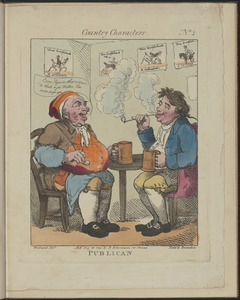 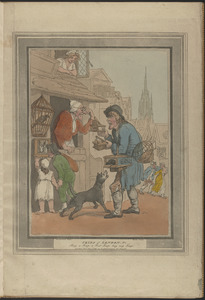 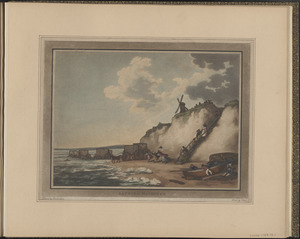 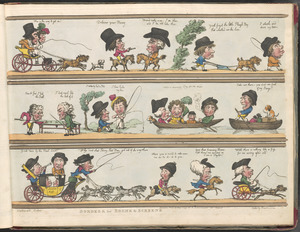 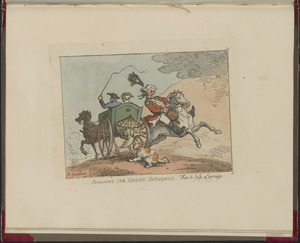 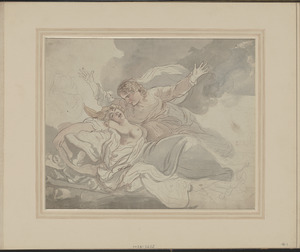 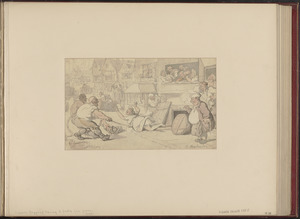 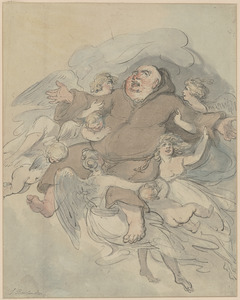 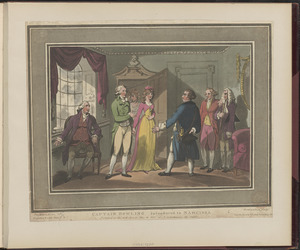 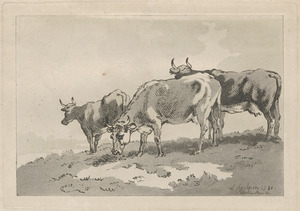 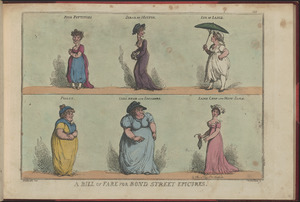 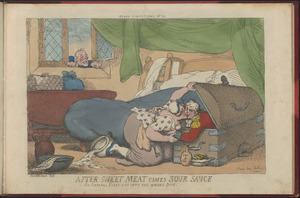 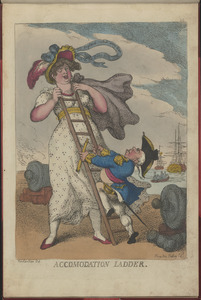 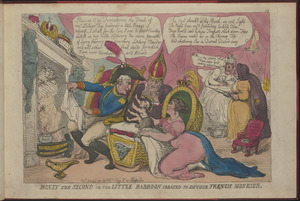 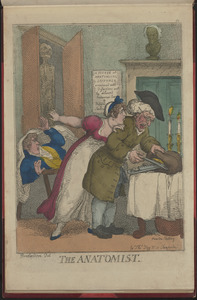 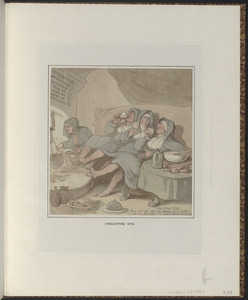