Photographs of the American West

Frank A. Rinehart Photographs
Frank A. Rinehart, a commercial photographer in Omaha, Nebraska, was commissioned to photograph the 1898 Indian Congress, part of the Trans-Mississippi International Exposition. More than five hundred Native Americans from thirty-five tribes attended the conference, providing the gifted photographer and artist an opportunity to create a stunning visual document of Native American life and culture at the dawn of the 20th century. Although the portraits are posed and artistically lighted in his studio, they have a candid intimacy that allows his subjects individuality and dignity, a quality not shared by most 19th-century ethnographic photography.

Rinehart printed the photographs as platinum prints, a photographic medium known for its delicate tonal range and permanence.

From 1871 through 1874, the expeditions led by Wheeler would cover parts of California, Arizona, Nevada, Utah, New Mexico, and Colorado. Using the cumbersome wet-collodion process, O'Sullivan and Bell took hundreds of photographs over the course of their four years on the surveys. Many of their photographs were used as sources for illustrations in government publications including Wheeler's final report. The War Department also published several series of albumen photographic plates and a set of stereographs.

The Boston Public Library's collection of Photographs from Explorations and Surveys West of the 100th Meridian is comprised of three separate sets: Mounted photographs from the 1871, 1872, and 1873 expeditions; a special set including images from 1871, 1872, 1873, and also the 1874 expedition, with descriptive legends for each plate; and a set of 50 stereographic views in the original box (along with three duplicate stereographs acquired by the library in 1972).

While the intent of the photographic documentation of the Wheeler Surveys was purely informational, the collection represents some of the earliest landscape photography of the American West--the beginning of an aesthetic tradition that led to and influenced the work of many photographers, including Ansel Adams, Mark Klett, and Robert Adams. 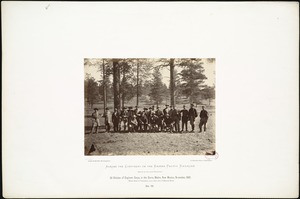 Across the continent on the Kansas Pacific Railroad: route of the 35th parallel 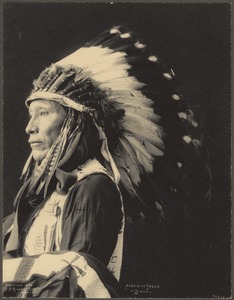 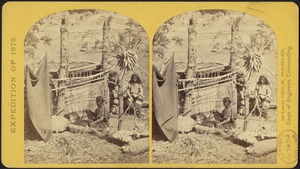 Photographs From Explorations and Surveys West of the 100th Meridian 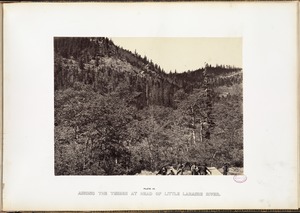 The great West illustrated in a series of photographic views across the continent taken along the line of the Union Pacific Railroad west from Omaha, Nebraska