Perkins School for the Blind 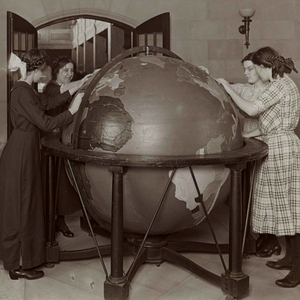 Perkins School for the Blind Archives

Perkins pioneered the work of education for students who are blind and deafblind, and has remained a leader in the field for more than 185 years. The Perkins Archives document both the evolution of these fields of knowledge and of the gradual inclusion of people with visual impairments into the mainstream of American life. Many of the discoveries and achievements that fueled those changes occurred at Perkins--the first deafblind child who learned language, the first kindergarten for blind children, one of the first mechanical braille writing devices, and the first lending library of tactile books. No other institution is as closely connected to these changes as Perkins, and no other library or museum has so many unique documents that trace the arc of that development. Throughout its history, Perkins has attracted visitors from around the world. One of its first prominent guests was Charles Dickens, who visited in 1842 and wrote about the experience in his book "American Notes." This book caught the attention of Helen Keller's mother, and prompted her to contact the school in search of assistance to educate her daughter.
During the nineteenth century, many influential leaders, writers, and reformers took an interest in the school and the work that its first director, Samuel Gridley Howe, was doing in educating children with cognitive disabilities. The Perkins Archives house letters from luminaries such as Dorothea Dix, an activist on behalf of the mentally ill; Horace Mann, father of public education and a Perkins incorporator; and Charles Sumner, an abolitionist, orator, and educator. The Archives also contain personal letters and journals from famous alumni, including Laura Bridgman, the first person with deafblindness to be successfully educated, Helen Keller, and her teacher Anne Sullivan.

Founded in 1829 as the nation's first chartered school for the blind, Perkins is a world-renowned center of excellence in the education of people who are blind, deafblind, or visually impaired, including those with multiple disabilities. The idea for the school was first conceived by Dr. John Dix Fisher, an influential reformer of 19th-century Boston and physician who made great contributions to the understanding of contagious diseases, and helped found notable institutions in Boston, including the Massachusetts General Hospital. Since its incorporation, Perkins has had a number of different names and locations in the greater Boston area. Under the leadership of its first director, Samuel Gridley Howe, the New England Asylum for the Blind opened its doors in August of 1832 at 140 Pleasant Street in Boston. In 1833, the school moved to a house on Pearl Street that had been donated by Colonel Thomas Handasyd Perkins, a wealthy merchant and philanthropist. Perkins later allowed the property to be sold in order to purchase a former hotel in South Boston where the school moved in May, 1839. In recognition of his generosity, the Board of Trustees named the school the Perkins Institution and Massachusetts Asylum for the Blind. For many years, the Perkins Institution only admitted students who were older than 9 and younger than 19. In 1887, the second director of Perkins, Michael Anagnos, founded the first kindergarten for the blind, located in Jamaica Plain, due to overcrowding in South Boston. The school moved to its current location in Watertown in 1912, where it is located on a 38.5 acre property on the banks of the Charles River.
more...