Detail from: Abbot girls on Lawn
View All Items
or
Sarah "Sallie" Moore Field graduated from Abbot Academy in 1904 and lived until 1985 (age 103). This collection documents primarily Sarah Field's time at Abbot Academy (mostly 1900 to 1904) and suggests that she was a dutiful student. The majority of the collection comprises notebooks from her academic courses and other school-related papers (essays, exams, grades), but also contains photographs (primarily portraits of her Abbot Academy classmates), correspondence (letters from classmates when she was class treasurer), invitations to events at Abbot, physical objects (not digitized), and ephemera. In addition to making annual financial contributions for many years to Abbot Academy and Phillips Academy, Field also consistently attended events at both schools.

Field sought to preserve her family’s history, hoping to someday turn her house into a museum. Though this never materialized, artifacts and documents from her estate, including this collection at Phillips Academy, were donated to various institutions in Andover and North Andover, Massachusetts.

Processing and digitization of this collection was made possible through grants provided by the Abbot Academy Association. 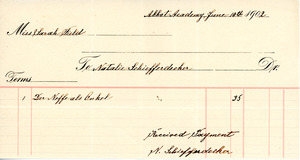 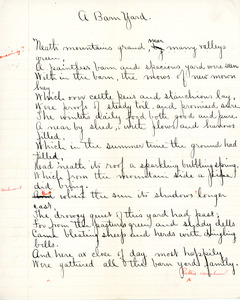 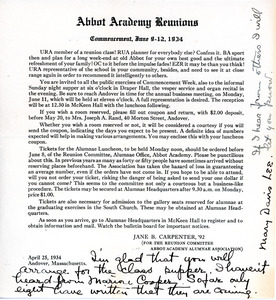 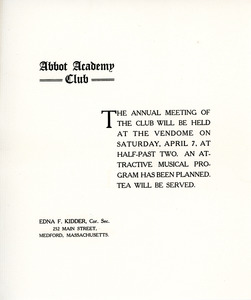