Historical Records of the Town of Westborough: Administrative Documents, 1724-1929

Detail from: Dedication of New Town Hall Program, 1929
View All Items
or
The Town of Westborough was incorporated as the hundredth town in Massachusetts on November 8, 1717, with 27 families living within its borders. Before the official founding of the town, several families had settled around Lake Chauncy, and this area had become known as the "west borough" of Marlborough. In 1775, the "north borough" of Westborough split off from the town to become Northborough.

The first town meeting was held on January 15, 1718, when the new town voted to build a meetinghouse, employ a minister, and elect a town clerk, three selectmen, and a constable. At this time, every town in Massachusetts was required to hire a minister, and church membership was a requisite for participation in town politics. Today, Westborough continues to operate under the New England open town meeting system and is headed by an elected five-member Board of Selectmen.

Most of the records in this collection fall between the late 18th century and the early 19th century. They document the administrative activities of the Town of Westborough, including town meetings, selectman activities, indenture servant contracts, church records, military records, and the layout of the town boundary, roads, and bridges. Genealogists will find valuable information in the Vital Records, Indentures, Military, and Church Records series.

Notable documents in the collection include divorce litigation between Persis Rice (Warren) Adams and Daniel Adams, Jr., a warrant to arrest the tax collector in 1801 for neglect of duties, relations of belief and confessions by church members, proclamations for days of Thanksgiving by Massachusetts governors (including John Hancock), and reports from a fair held in 1857 showcasing agricultural, industrial, and artistic activity in the town. 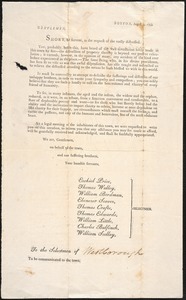 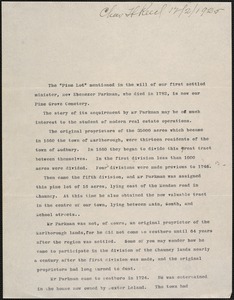 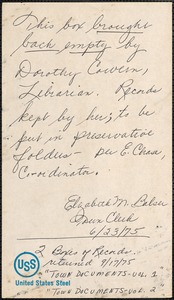 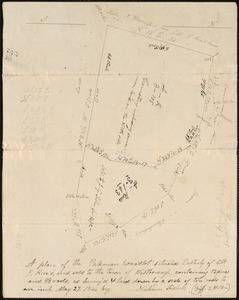 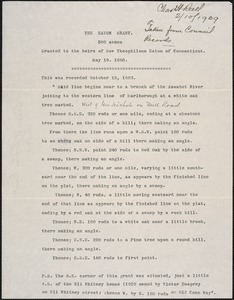 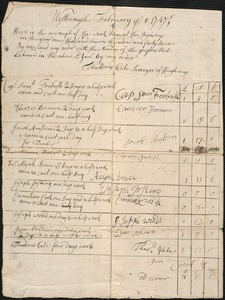 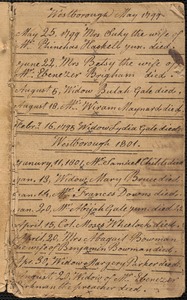 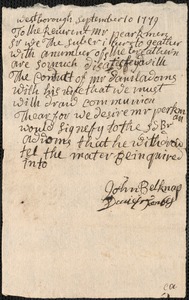 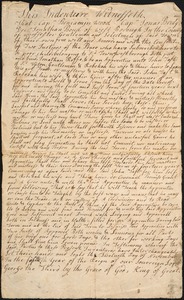