Detail from: Quarter bill for expenses at Harvard College for Joshua Child
View All Items
or
Joshua Child (1716-1778) was born in Watertown, Massachusetts. He was a son of Daniel Child and Beriah Bemis and a descendent of Ephraim Child, who came from Great Britain to America in 1630 and became one of the first Deacons of the church in Watertown. Joshua married Grace Bemis in 1742 and they had eight children. In 1750, Joshua bought a small farmstead (thirteen acres in Concord, in an area that would become part of Lincoln in 1754) from his brother Elisha (Elijah) who was a blacksmith. Joshua and his descendants lived in Lincoln for over a century. Joshua Child described himself as a "yeoman." He worked as a farmer, weaver, and trader and served as a constable and selectman for the Town of Lincoln. His farm was among the smallest and least valuable homesteads in Lincoln. Two of his sons, Daniel and Joshua Jr., served as Lincoln Minute Men at Concord's North Bridge on April 19, 1775. His grandson, Judge Joshua III, born in 1785, was one of the first Lincoln natives to make a fortune elsewhere and return home to Lincoln in 1832. The bulk of Joshua Child's farm was sold in 1838 to neighbor William Francis Wheeler.

The collection comprises deeds, wills, correspondence, and other financial and legal documents from the mid-18th to the mid-19th century that relate to the Child family. County and town tax warrants and tax lists are included since Joshua Child served as a constable and selectmen for the town. The documents in this collection show how the Child family supported itself prior to the Revolution. The records chronicle the family's farming, weaving, and trading in the agriculturally based economy of colonial Lincoln. Of the 122 items in the collection, only 30 items are from the 19th century. 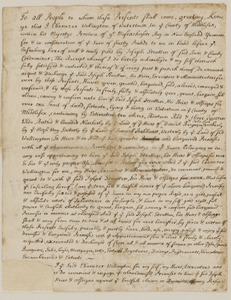 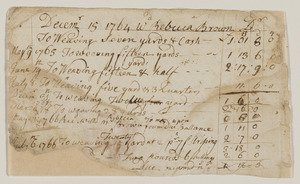 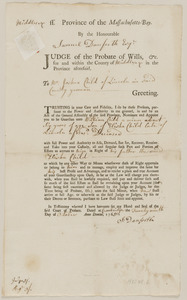 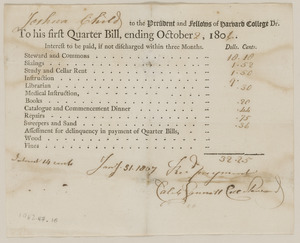 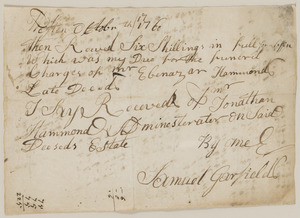 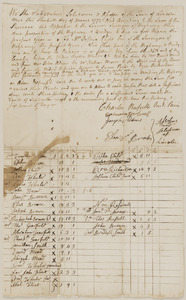 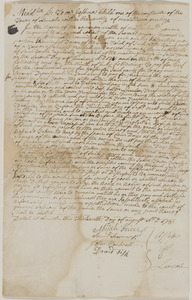